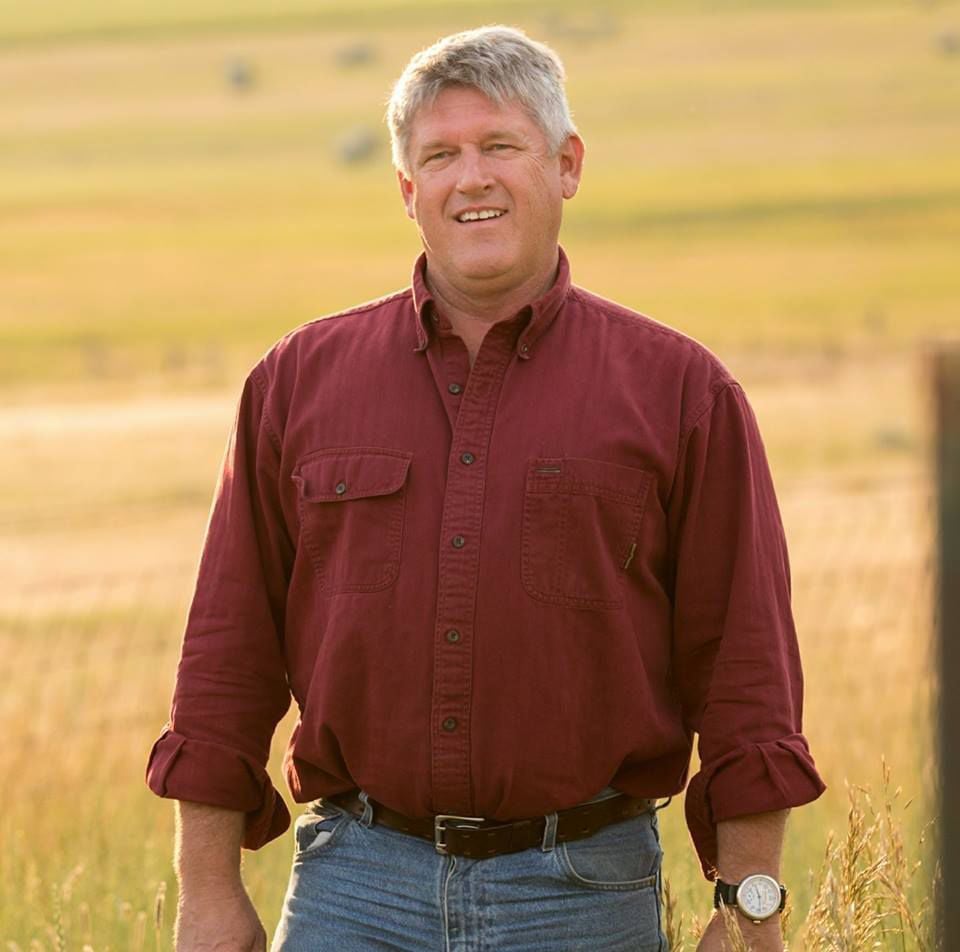 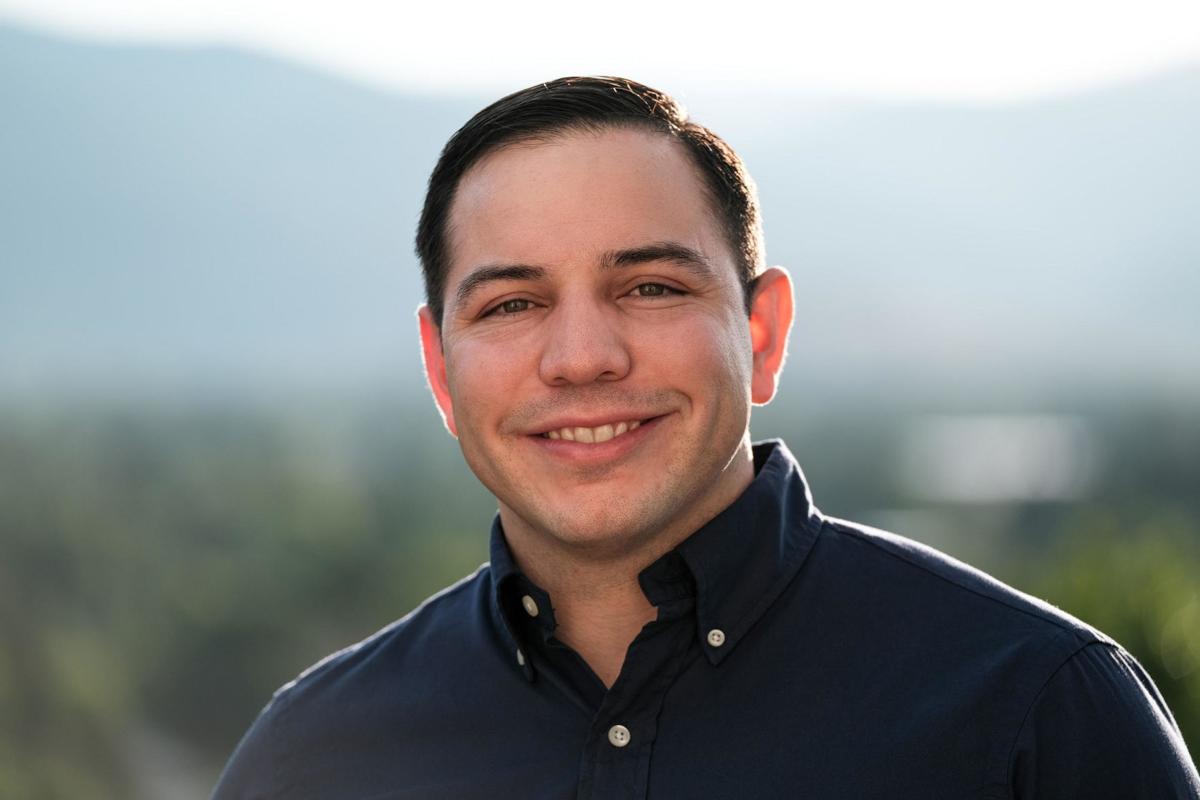 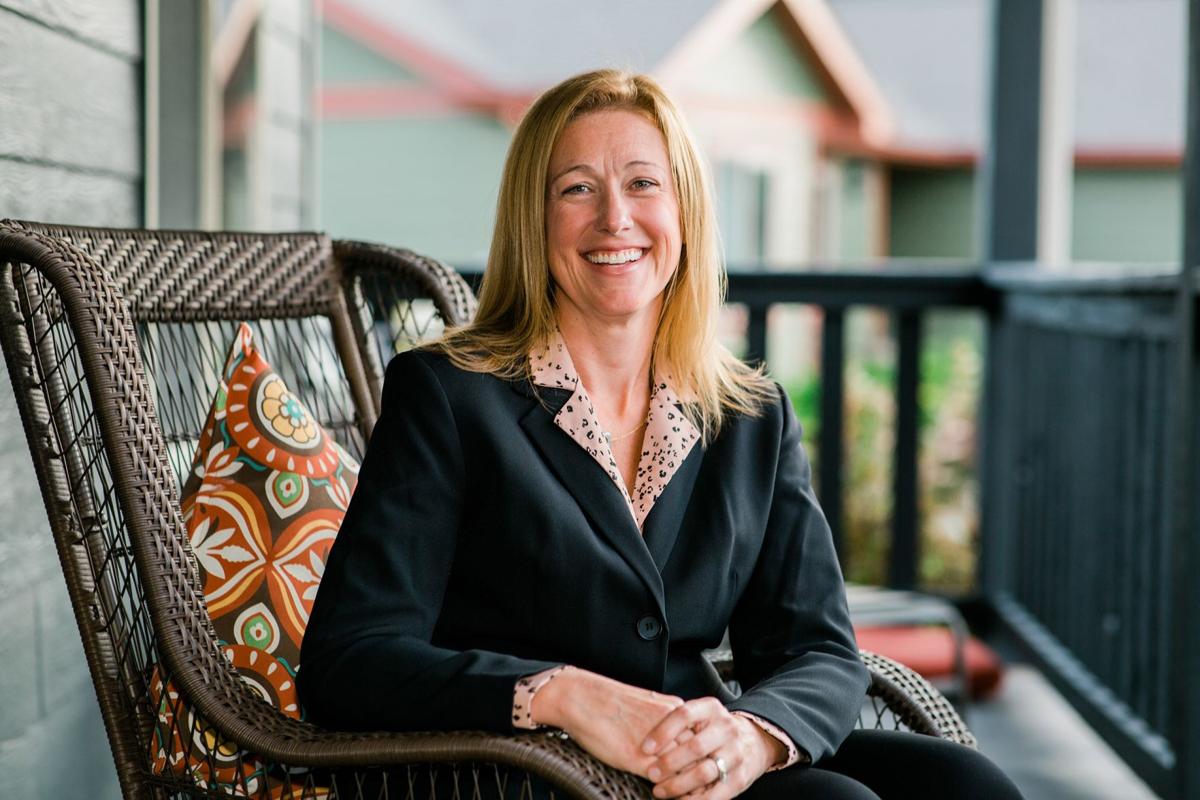 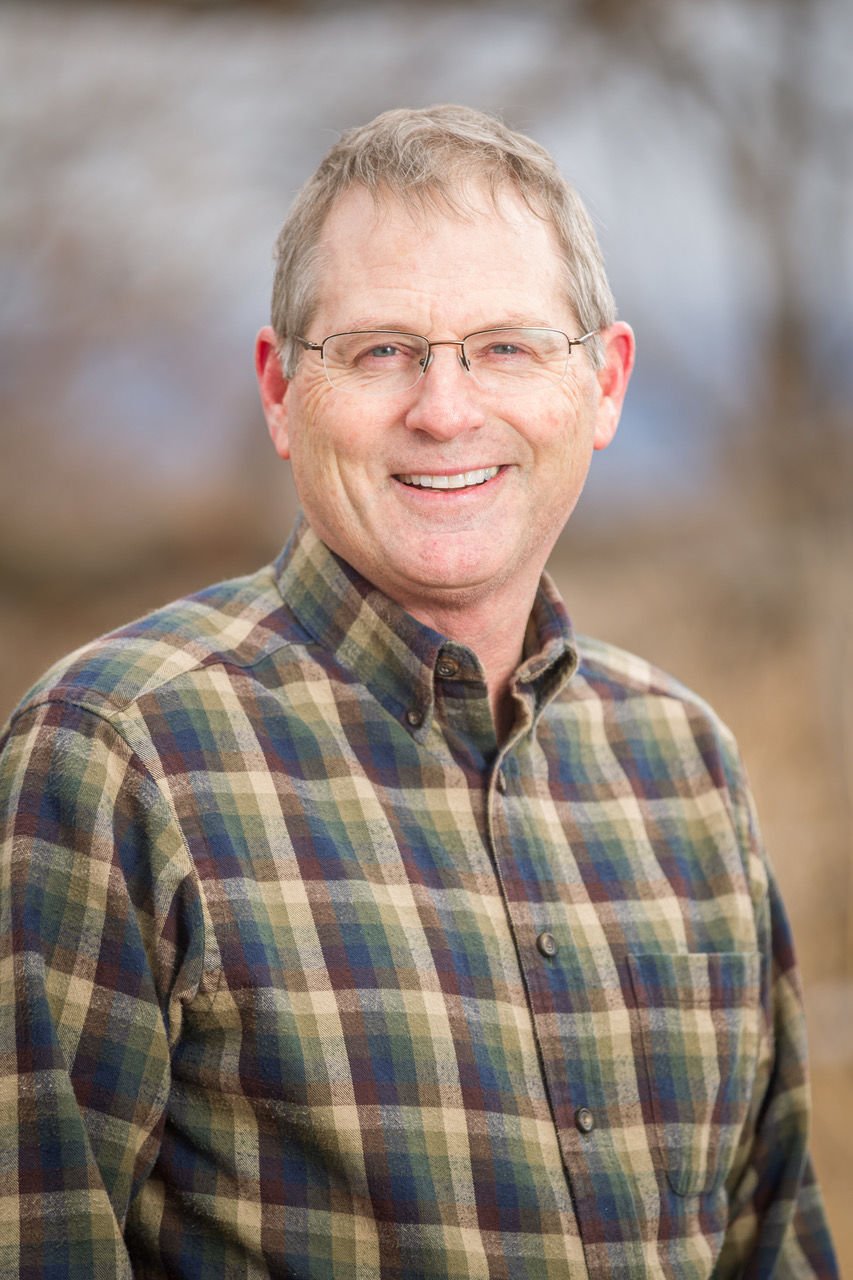 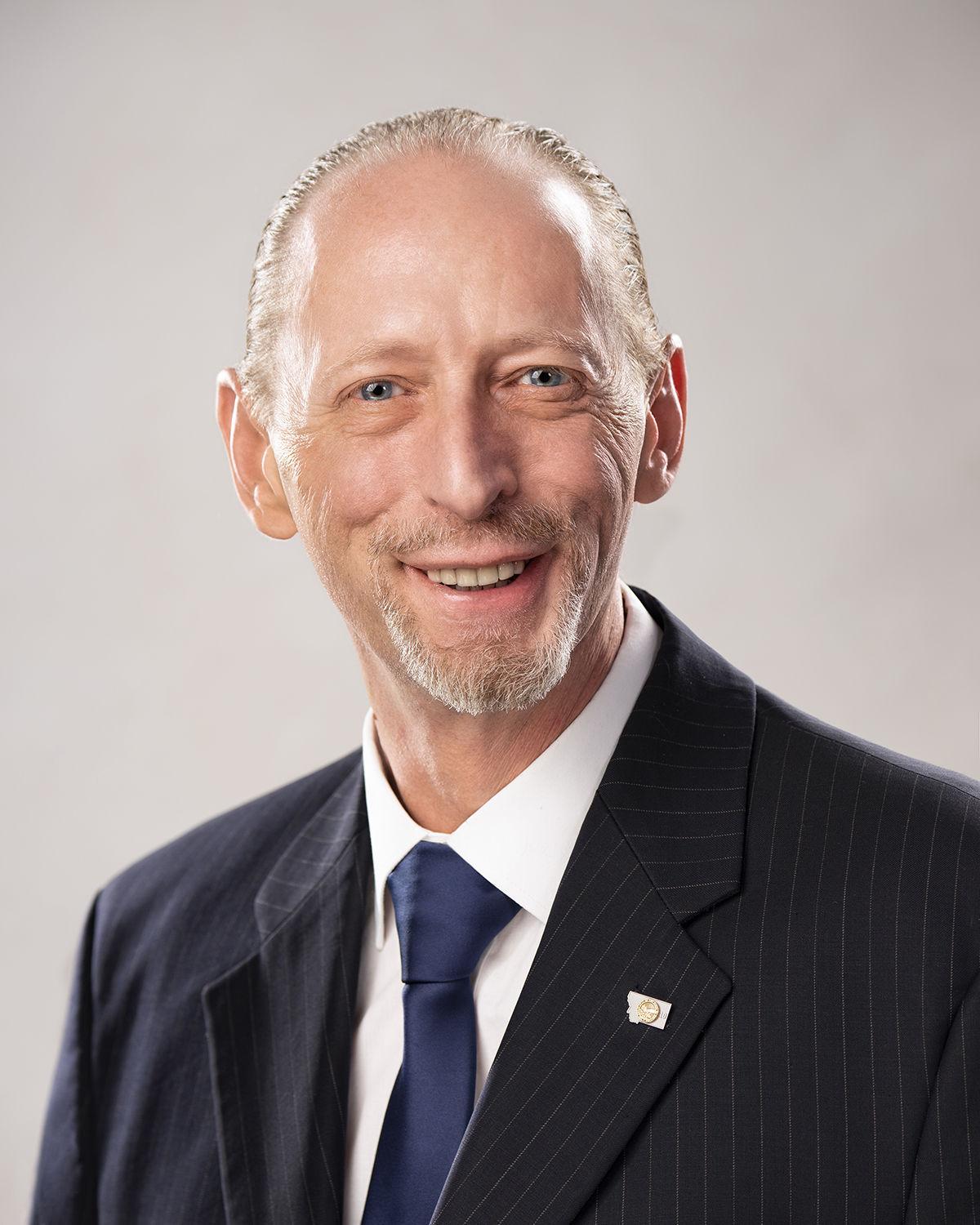 In the primary race to be Montana’s next state auditor, candidates from both parties are pointing to their background and experience as what separates them from their opponents.

The auditor’s office is open as Republican Auditor Matt Rosendale is not seeking reelection and instead running for the U.S. House.

The auditor’s office goes by a less-than-descriptive name. It’s a regulatory agency that oversees the insurance and securities industries with a consumer protection role when it comes to preventing fraud.

The office does things such as license insurance companies that operate in the state and register securities professionals. It also has a role in teaching consumers to make safe choices to avoid scams. A legal team investigates potential crimes reported to the office related to the two industries it oversees. The auditor also sits on the state Land Board, which oversees state trust lands to benefit schools.

On the Democratic side of the primary, state Rep. Shane Morigeau, an attorney, is facing off against Mike Winsor, also an attorney, who worked at the auditor's office for 13 years.

Morigeau said his experience growing up in a low-income community taught him about the challenges people in Montana can face when it comes to gaining access to insurance and their vulnerabilities to fraud. He said he knows firsthand how insurance coverage can mean the difference between life-saving health care and death or severe financial strain.

“When you look at rural Montana and you look at people in urban areas that are struggling to get by, that was my reality. I’ve seen that and I want to do everything I can to help those people get into a position where they aren’t risking bankruptcy or end up homeless because they get in an accident or a health issue comes up,” said Morigeau. He grew up in Ronan and is a member of the Confederated Salish and Kootenai Tribes, where he is now in-house legal counsel.

Policy experience is part of what qualifies him for the auditor's office, Morigeau said. He gained that working as a lobbyist for the tribes and then as a two-term lawmaker focusing on passing Medicaid expansion. He also pointed to work on legislation to ensure presumptive illness insurance coverage for firefighters. That legislative work not only shows experience but a record of accomplishing things, Morigeau said.

As a member of the state Land Board, Morigeau said he would be informed by growing up in a family where hunting and fishing was not so much recreation as a way to eat. He added that preserving access to public lands would be a top priority.

Morigeau’s opponent, Mike Winsor of Helena, is an attorney who worked in the auditor's office for 13 years. That experience makes him ready to be auditor on Day 1, he said.

As an attorney in the office, who left for what he said was a "variety of reasons," Winsor said he worked to bring millions back to the state in restitution for people who were victims of scams. He also represented those who bought insufficient insurance plans thinking they had enough coverage but ended up in medical bankruptcies. Additionally, he prosecuted scams against insurance companies.

Winsor was critical of Rosendale's time in office, from the promotion of short-term insurance plans that have been called "junk plans" by critics, and cuts in the auditor's office staff.

“Even though he may have saved some operating expenses by cutting people’s jobs, it’s cost the state of Montana even more than that in reduction of services," Winsor said. “The first thing I want to do is return the state auditor’s office to its mission, which is to protect Montana insurance consumers and Montana investors."

Both Morigeau and Winsor raised concerns about Republicans' campaigning on reducing regulations placed on the industries the office oversees, as a way to foster business growth.

“At a practical level, if you make regulations more lax, then what happens to consumers in Montana? You have to take a balanced approach to this stuff. If you do too much on the industry side, they’re going to take advantage of people," Morigeau said.

On the Republican side, Bozeman businessman Troy Downing, Billings insurance company employee Nelly Nicol, and Scott “Tux” Tuxbury, the manager of a Missoula insurance underwriting business, are competing in the primary.

Downing, who ran in the U.S. Senate primary in 2018, said a career in the industries regulated by the office has given him the experience to be a successful auditor.

He has worked in variety of businesses, including real estate securities and investment banking, and built a tenant insurance company that grew nationwide.

“The auditor’s office regulates two complicated and highly regulated industries. I’ve got experience in both of those and there are things I’ve seen bad actors do to mislead or defraud investors and I’ve seen things that get in the way of business,” Downing said.

His focus would be on fostering a pro-business environment Downing said will facilitate better opportunities for consumers, while ensuring the necessary consumer protections remain in place.

“First and foremost we’re consumer protection and secondly pro-business, but being pro-business is also good for the consumer," Downing said.

On the Land Board, if elected Downing would seek advice from an advisory board he created. Like other Republicans running, he also said there should be a balance among land use that includes a health mix of agriculture, timber and mining uses.

Nicol is the communications manager for Victory Insurance Company Inc., which proves compensation coverage. She said she's worked a variety of jobs that all came into contact with the insurance industry and taught her the "human aspect" of the field.

That included being the owner of a health spa where she pushed to get alternative care paid for by insurance.

"Using my insurance experience on the behalf of the consumer is really a passion of mine," Nicol said.

When it comes to regulation, Nicol said excessive policies don't hamper business as much as frequent changes.

"Businesses can cope with a lot of regulation. They've always done that in insurance, that's part of the job," Nicol said. "It's when regulations change and then we have to make changes on a company level, it's that ripple effect. It cost too much money for the companies. That's a big reason we aren't business-friendly in our state."

Saying that the Montana's insurance market wasn't necessarily healthy, Nicol vowed to address that by making the auditor's office more of a "marketing position" to make Montana more attractive. She added that closely watching legislation to make sure "we aren't passing bills through that are going to end up costing a lot of money and end up making companies not come out to our state" would be a part of that effort.

On the Land Board, she called for capitalizing more on the state's natural resources while looking for land swaps to increase public access.

Tuxbury has been in the insurance industry about 35 years. He also has held a securities license and taught classes on insurance laws and ethics.

“There’s not another candidate on either side that has the depth of knowledge to understand,” Tuxbury said.

Montana generally has fewer insurance options than surrounding states and consumers pay more for coverage here, something Tuxbury said is one of the most important things he'd change if elected.

“I’d like to see more of an outreach to insurance companies. We need to bring them into Montana, not get them out of here,” Tuxbury said.

On the regulatory front, Tuxbury said Montana should strive for consistency with other states. Too often, he said, Montana asks for different things from insurers that other state’s don’t, which leads companies to not operate here because it’s not worth the hassle.

“When we represent such a small market they tend to not do business here,” Tuxbury said. “We can do that without the Legislature. We can do that internally with administrative rules.”

On the Land Board, Tuxbury said he’d want to make sure local communities were more involved in decisions, given how Land Board actions can affect their tax base.

All candidates also called for a beefed-up educational outreach program from the office to teach voters about fraud before they become victims.

Tuxbury and Winsor also both said they had no plans to use the office as a steppingstone.

Tens of billions of dollars on the line as pro and college sports look to return, with or without fans